What your dog wants you to know about keeping cool

Furiends, what a week we has had right? It's been SUPER hot and mummy has been doing lots of fings for me to keep me cool.

Mummy put me to work on the hottest day ever recorded in the UK in order to write this blog. By the time you read this it will have cooled down somewhat, but keeping cool in the summer is still very important for us doggos.

So I is going to share a few of the fings we've been doing this week in case your hoomans need a few tips.

Every time we goes out when it's hot, I don't needs to wear me yellow jacket. Hooray me is thinking! But the delight is soon short lived. It's even worse, me has to wear a wet, cold blue jacket instead. Me looks ridiculous mummy. Don't want to go out in this. Me hides under the dining table as she tries to get it on me.

Mummy says she wishes they made big cooling jackets for hoomans. Stoppid mummy, she'd look even more ridiculous than me.

I hate to admit it, it does actually feel quite nice. Keeps me body nice and cool. Just don't tell mummy furiends. Me don't want her thinking she's done something right for once...

This is me fave bit about the heat. Mummy puts some fruit, like watermelon, papaya and mango, into the freezer. Then me gets to eat it. It's a good way of cooling me down and getting fluids into me. It's super yummy.

Mummy puts it into a bowl for me. But who needs a bowl? So me takes it out and puts it on the rug. Me could put it on the easy to clean wood floor but that would be boring. Wants to make a nice mess on the rug. I like to leave a few bits so that mummy has to get down on her hands and knees and clean them up. You missed a bit mummy!

This is a new one. Me loves swimming but mummy has never taken me to our local "beach" so that me can swims in the dock at Royal Victoria. But that is exactly what she and aunty Rita did this week. Once for a paddle, and twice for a proper swim! It was amazing.

Nearly pulled mummy in a few times cos she was holding onto the end of me long line and I ran for me ball that Rita was (not) skilfully throwing and she nearly went flying. Shame she didn't go in, would have been hilarious.

Me had to dunk me head under a few times to get me ball, and me hairs went all over the place, covering me eyes. Mummy and aunty Rita were laughing at me, so rude. So me got me own back by splashing around and making them all wets too.

Mummy was such a diva though. Says she has delicate feeties and the stones were hurting her and she kept moaning. So embarrassed by her I was. Aunty Rita didn't seem to have a problem with the stones. She tougher than mummy.

Panic not furiends, mummy wasn't trying to shoot me. Even I is not that naughty to deserves that. She got this water gun fing and took it on our walks. Good job no poolice around otherwise she might have got arrested for carrying a dangerous weapon.

Me missed me normal walkies with mummy and also me lunchtime walkies with me buddies were cancelled. When we went out, it was just for quick toilet breaks, and we always stayed in the shade. Shade on the pavement. Shade on the grass. So that me didn't get too hot or burn me paws on the hot floor.

Me likes the sun on me face but mummy was super strict and wouldn't let me. So boring. Doing it for me own good she reckoned. Who she trying to kid? Just cos she don't like being in the sun, don't mean I don't want to be. Selfish mummy.

One day mummy got the stoppid idea of wetting one of me towels and putting it on the floor for me to lie on. No fank you mummy. It's wet. Would you want to lie on a wet towel? Hmmm?

So she draped it over me instead. How stoopid did I look? Like Yoda or somefing. Was not at all amused. She quickly took it off.

Now, some doggos love a cooling mat. But like with the wet towel, this wasn't for me furiends. To show me disgust I started chewing it, and mummy quickly took it off me cos some gel stuff was coming out of it. No wonder me didn't want to lie on it, what is all that gunk mummy? Now that was a waste of money wasn't it?

Hoomans, if you are at all concerned about your doggos in the heat, get advice ASAP from your vet. Here are some fings to look out for that could mean your doggo is suffering from heat stroke:

Further advice can be obtained from the RSPCA.

That is it for now furiends. Hopefully we won't be having any more heatwaves as me can't cope with all the drama. Although if it means me can go swimming every day, and eating frozen fruits, me can put up with it.

If you've enjoyed reading this blog and would like to be notified of new postings to the "It's a Dog's Life” blog, please sign up below.

You will also receive special offers on dog photoshoots. 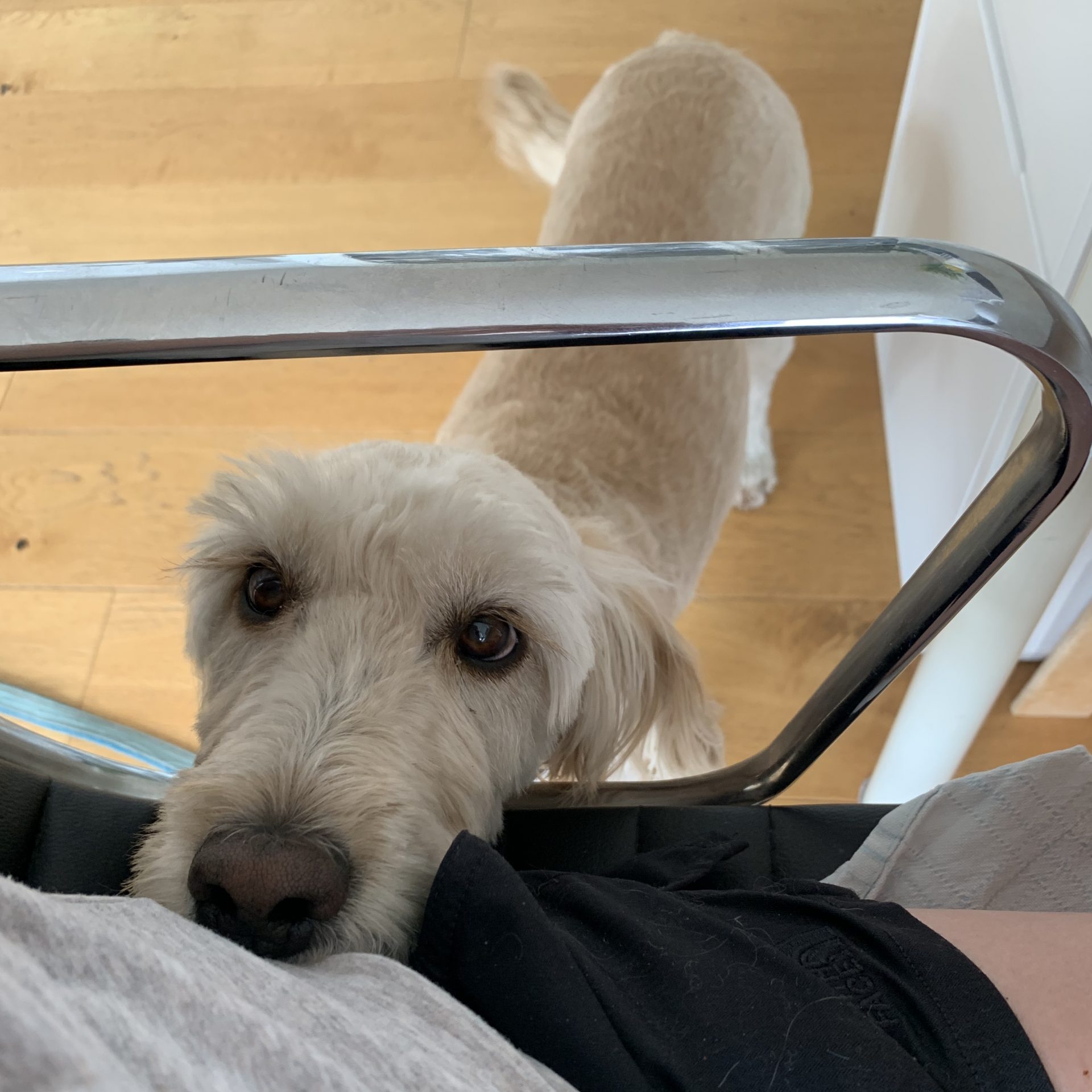 What your dog wants you to know about eye contact 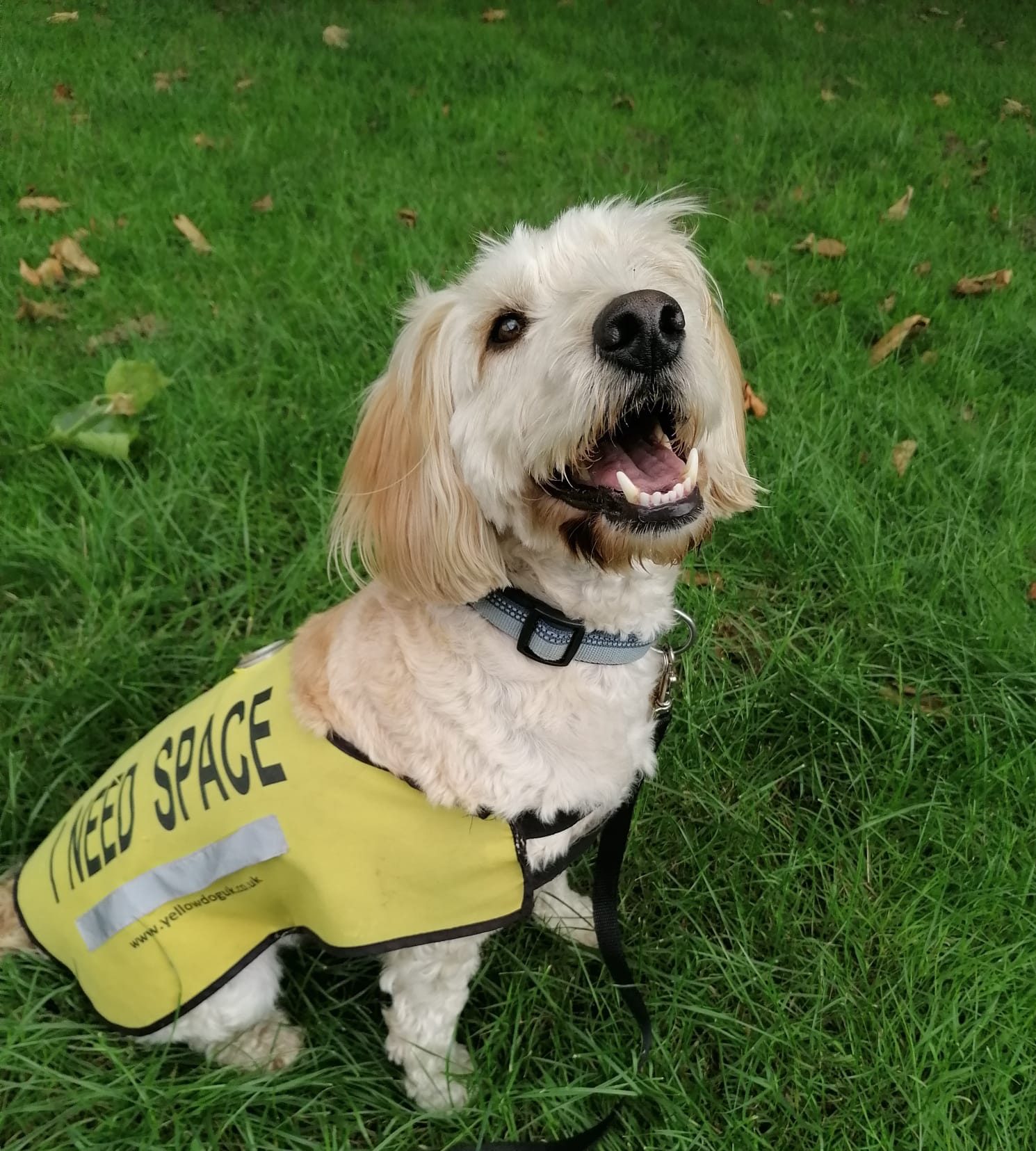 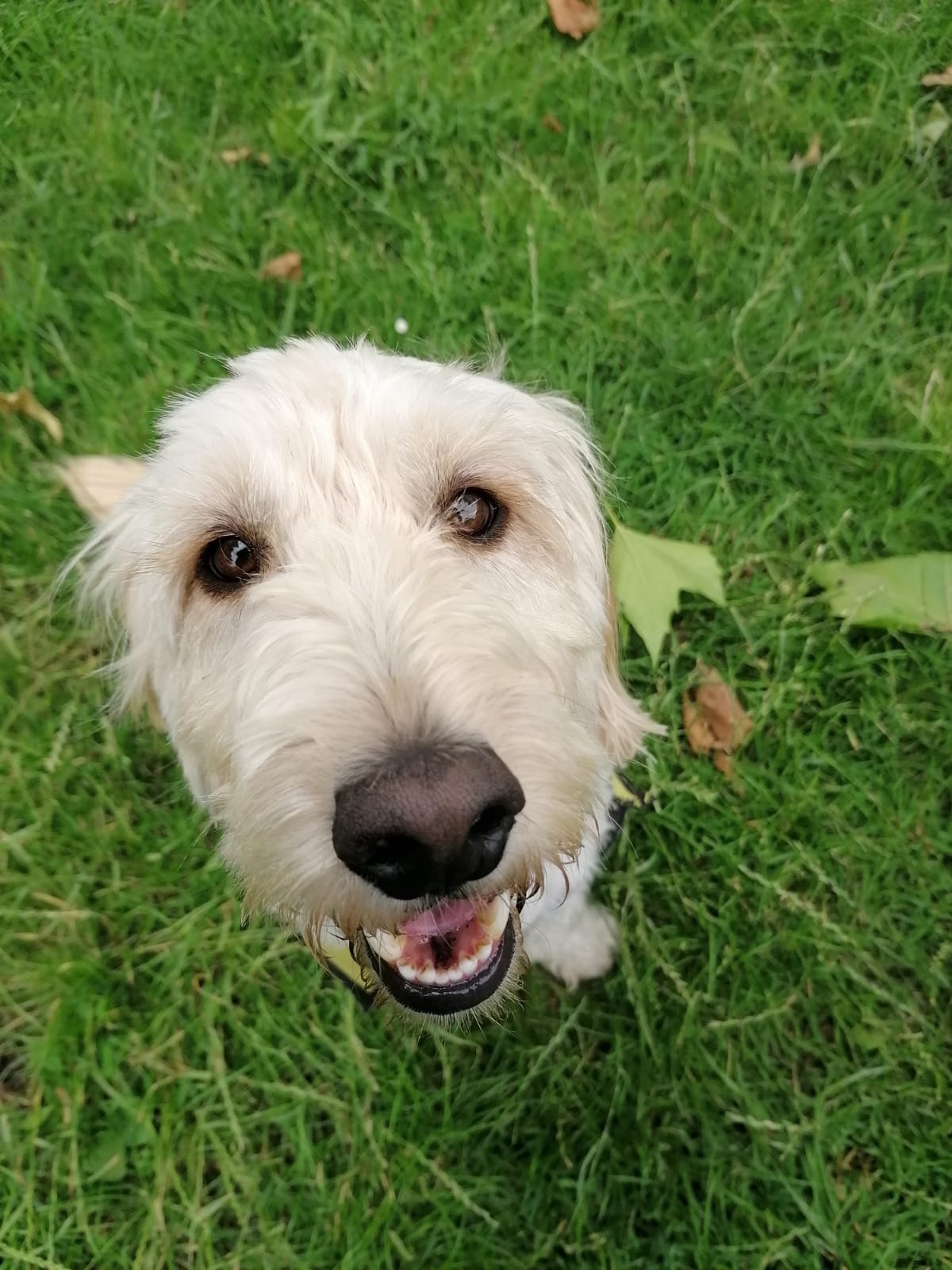 What your dog wants you to know about body language